Click here to view this topic in its original format

I've owned this car since March of 2013 and have driven it every year since. Just a guess but I've put around 10,000 miles on it, both long and short trips. No sense of its history prior to that, though it appears it has been rebuilt sometime in the past. I don't know if this is the car's original engine (VIN 4742918315).

It worked and started fine through these years, with both DJet and more recently was my mule for https://tgadrivel.blogspot.com/2020/03/on-microsquirting-porsche-914-part-1.html.

It's a good engine, absolutely no smoke, fired right up each time I used it. There was some annoying oil leaks so last winter I pulled it and replaced the two crank shaft seals as well as the oil filter and pump gaskets. Pushrod tubes and seals, too. That fixed the front leak but I still had one on the right side, somewhere. Maybe VC?

The only real prob I've had is that it tended to run high on oil temp in late June through early August. It was very sensitive to ambient temperature. I never got a hang of that, despite putting in an aftermarket oil cooler. I also had a persisent "tick" of the exhaust note on the right side, never nailed that down, either; it might be ill-fitting stainless steel exhaust tubes.

I'd not be against someone throwing it into a street car and going with it as-is, it'll run fine. But given its lack of known history (possibly rebuilt using unknown components) it should be considered a rebuildable core. But it runs, is safe, isn't making metal (I still have the un-cut oil filter for you to inspect) and it was tuned well.

I did not do any compression or leak down checks on it before removing it. Didn't even think of it at the time.

The only video I have is when I took it to Thompson last year to do some Microsquirt logging and tuning: https://www.youtube.com/watch?v=mS-Cbn3mJY4

My primary reason for replacing it was more power; more compression, bigger cams. I'm sticking with the Microsquirt to take advantage of that. FAT-Rimco out in Cali built an engine using a spare 2L core I had.

I'd really, really, really rather make this a local pickup only, Middletown CT. However, if you insist on shipping I have the $150 crate that my other engine came in (I'll split that cost half with you) and you can coordinate the truck freight to pick it up from my house (local delivery truck not a tractor-trailer, and lift gate needed).

I made a list of things you'll want to do; we'd walk through these when you pick it up:

- When I removed the engine tin I saw that a head fin was broken; see photos. Could not find that piece anywhere so it either went overboard or has been that way for a while.
- You'll need an oil pressure switch; I have a plug in there now.
- You'll want to replace the seals/gaskets under the oil drain and screen covers. They're in there but I did not put new seals on them in case you wanted to pull/inspect the screen.
- Replace the seal for the oil bypass pressure valve screw. I removed it to recover the http://www.tangerineracing.com/oilpressurerelief.htm to install into my new engine; I put the piston and spring from the rebuilt engine in there.
- Replace the pushrod tubes. I removed my http://www.tangerineracing.com/pushrodtubes.htm. I'm including the pushrod tubes that came with the engine rebuilt, but they are very soft aluminum tubes and they bent easily as I was removing them from the rebuilt engine. You're welcome to them but you may be better off with steel replacements.
- Check/torque the front case half bolts. I had to remove them to remove https://thedubshop.com/type-4-crank-trigger/.
- Reinstall the oil cooler studs. I use different studs with http://www.tangerineracing.com/remotecooler.htm. I'll include the stock ones.
- A bolt is plugging the hole where the oil cooler flapper pulley normally resides. You'll want to replace that with the correct part from your engine.
- You'll want to reinstall the oil filter base.
- You'll want to reinstall the distributor drive (I'm including it). I removed it because I'm not using a distributor with my Microsquirt.
- It includes the flywheel and I replaced the crank seal and felt gasket and bearing inside. If you're happy with the flywheel face (it's in good shape) then you won't have to touch that. Same with the front crank seal and oil pump gaskets, they were all replaced last winter.

I think that about covers it. You're welcome over any time if you want to inspect it.

Hit me if you have any questions. 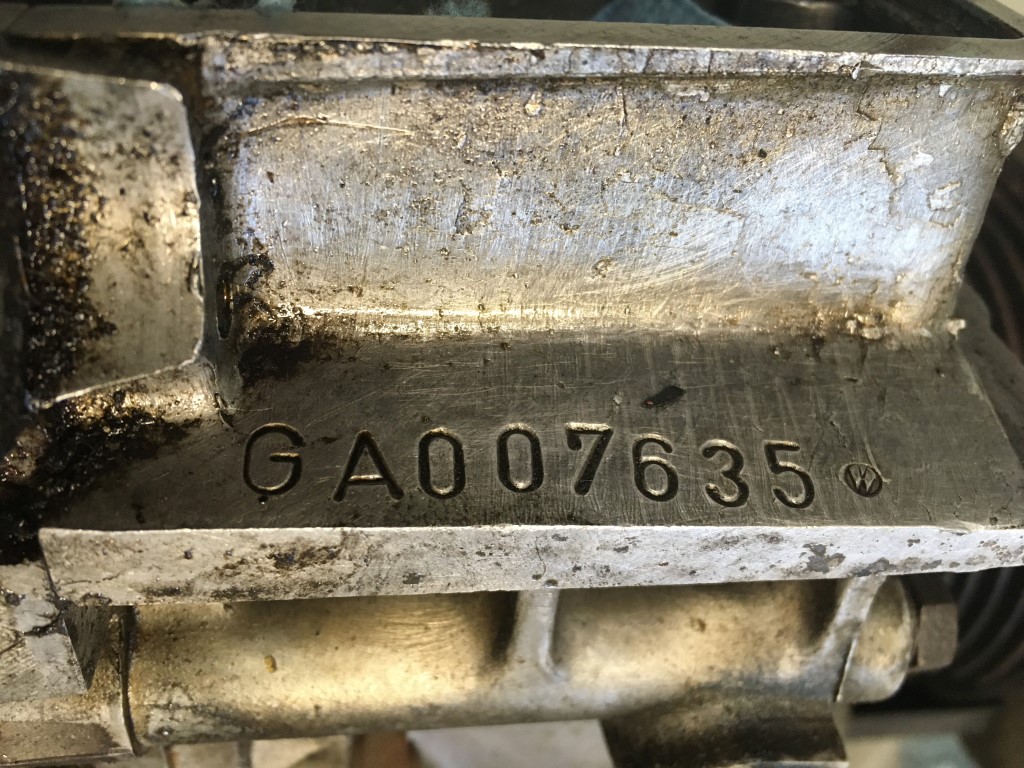 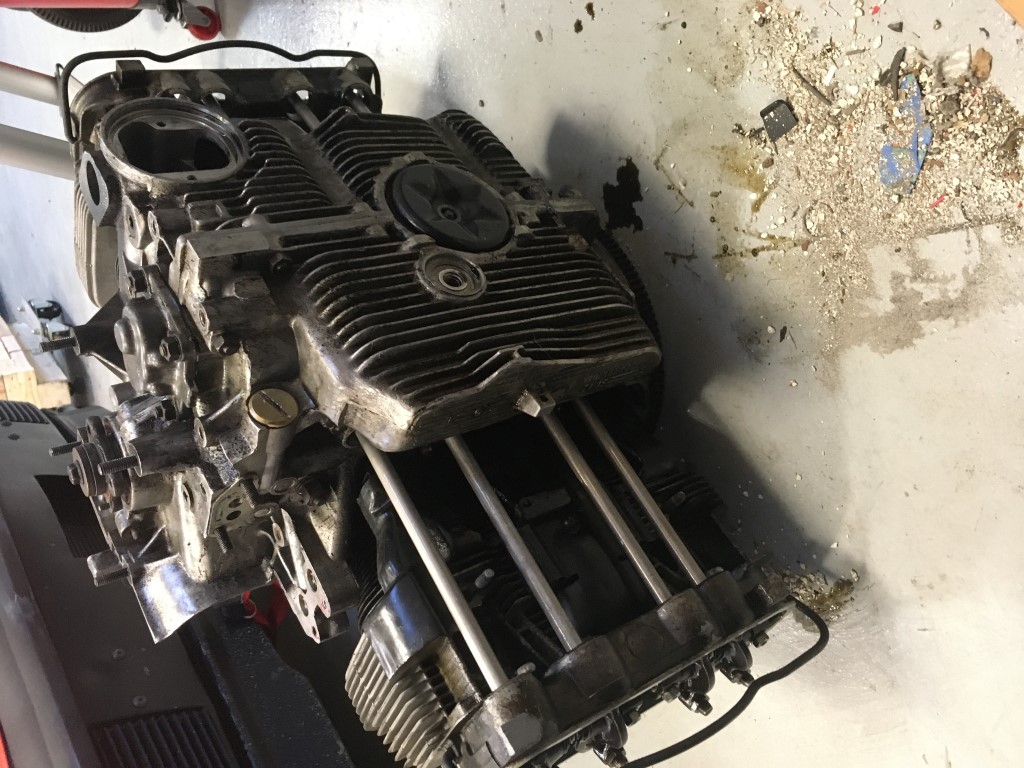 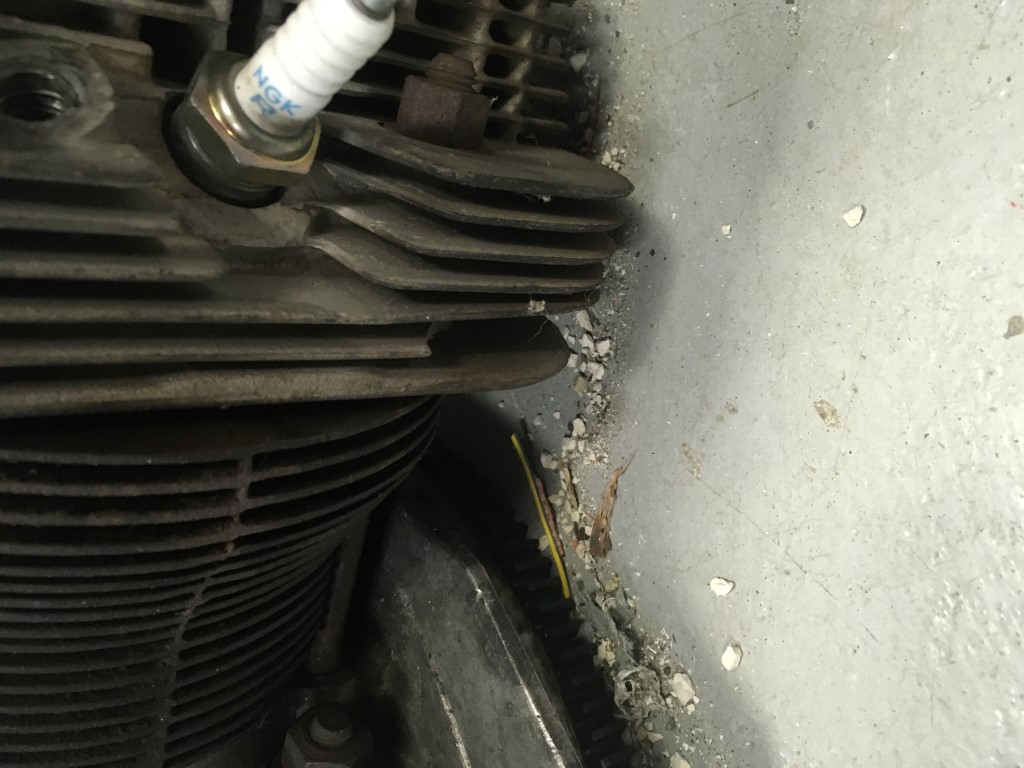 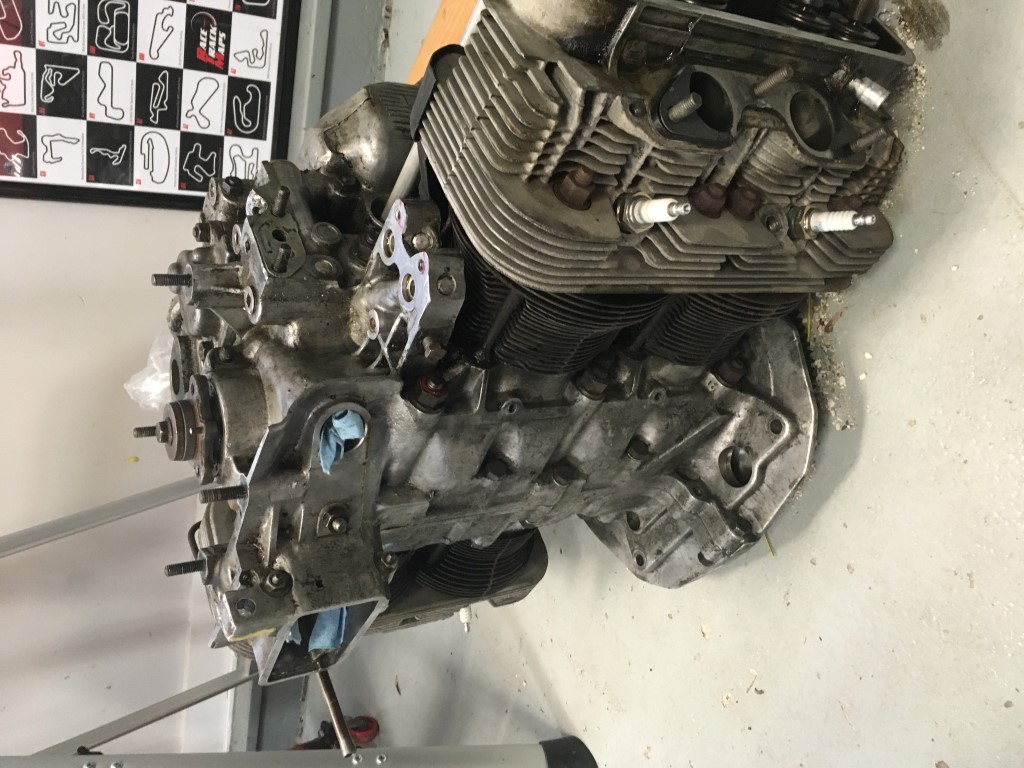 No interest? Wrong price? Make a reasonable offer. It's just taking up space on the garage floor...

No interest? Wrong price? Make a reasonable offer. It's just taking up space on the garage floor...
Interest, but outta my range at the moment. Shipping would be too big a hit too.. but dang.

Yeah, shipping the FAT engine from LA to CT was around $450 (I think that included the $150 crate?)...I'm sure you can find something more local.

I'm heading down to VIR tomorrow AM if anyone is interested...can toss it into the back of the Excursion...PittRace Memorial Day weekend...Pocono end of May...WGI mid-June (though I really prefer it be gone well before then)...