Click here to view this topic in its original format

Engine and trans, glass, lights, and more are here.
please PM me if you are interested in any parts.
It is a transplant donor now.
Thanks

The photos tell the tale- this car has been molested, not all by me.
The car last ran when it was parked in a yard about 11 years ago. The engine has oil, plugs don't look too bad, and engine looks complete. Most of the wiring is damaged, and battery well is rusted out. Transmission condition is unknown, may not be original because it came with a second tranny.
The car was in an accident, T-boned the drivers door, which was replaced.
Overall, the body has some useful parts, and complete suspension, steering, and brakes. The various colors of paint in the photos are a "patena" of 3 or 4 coats of paint that were each done poorly.
The driver's fenders and the trunk were cut out for another car. The passenger's door and rear fender are dented but not wrinkled, aside from rusty spots. The front and rear panels are ok. The frunk floor is in good shape, minor rust. The trunk floor is cut out. The fuel tank is in good shape. The hood is weathered but not dented. Front and rear compartments have less rust than cockpit. The cockpit floor and dash are almost disintegrated by rust. The glass is good except for a pit in the windshield.
There are more parts in boxes: headlights, light fixtures, some latches, etc, I will include with the car.
Please ask any questions or for more photos if you are interested.
I will deliver within a few hundred miles for a negotiable fee.
Shipping is from zip 97636
PayPal please
Thank you

More background...
I don't know a lot about the guts of a 914. So I took on this car to learn some things (reverse engineering). My intent was passionate to get it running again, but as I got deeper into the car, the problems got a lot deeper, and I don;t have deep pockets. I have a nice '75 1.8L that is the inspiration for this odyssey with the '70 1.7L.

And so... as I looked closer at this '70...
Some of the body welds appear to be "stretched". The engine seems slightly skewed compared to the engine compartment. Also there are some unusual vertical shims between the body and the trailing arms. And there is an extra tranny.
I surmise from this evidence that the body was damaged seriously in the accident, getting hit on driver's door seems to have "bent" the car body around the impact, and the engine and tranny got tweaked, perhaps tranny damage after running it while tweaked.

The rusted out cockpit and dash is because the roof and windows were leaking and filling the car with water. The rest of the car is not that corroded. The salvage man I got it from was driving it around town 11 or 12 years ago. I knew him then, and he did not want to sell it then. And so it sat in his yard getting rusty. He is now in his 90s, and so I got it with the title, but he could not find the keys. He has a few hundred cars in his yard. 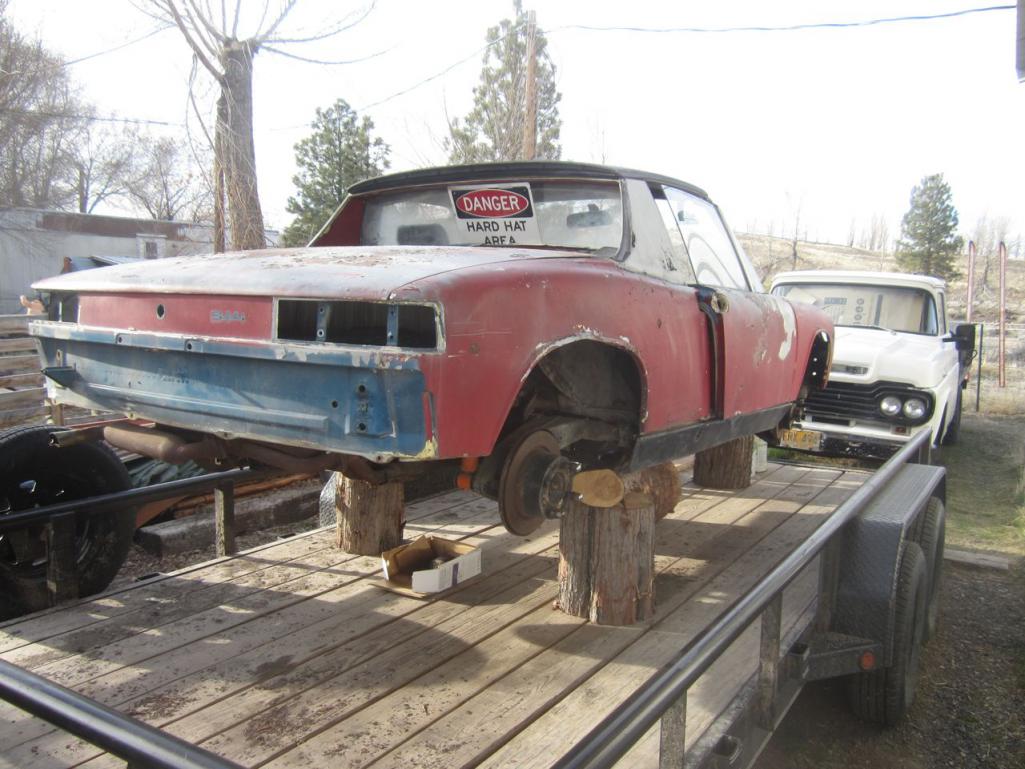 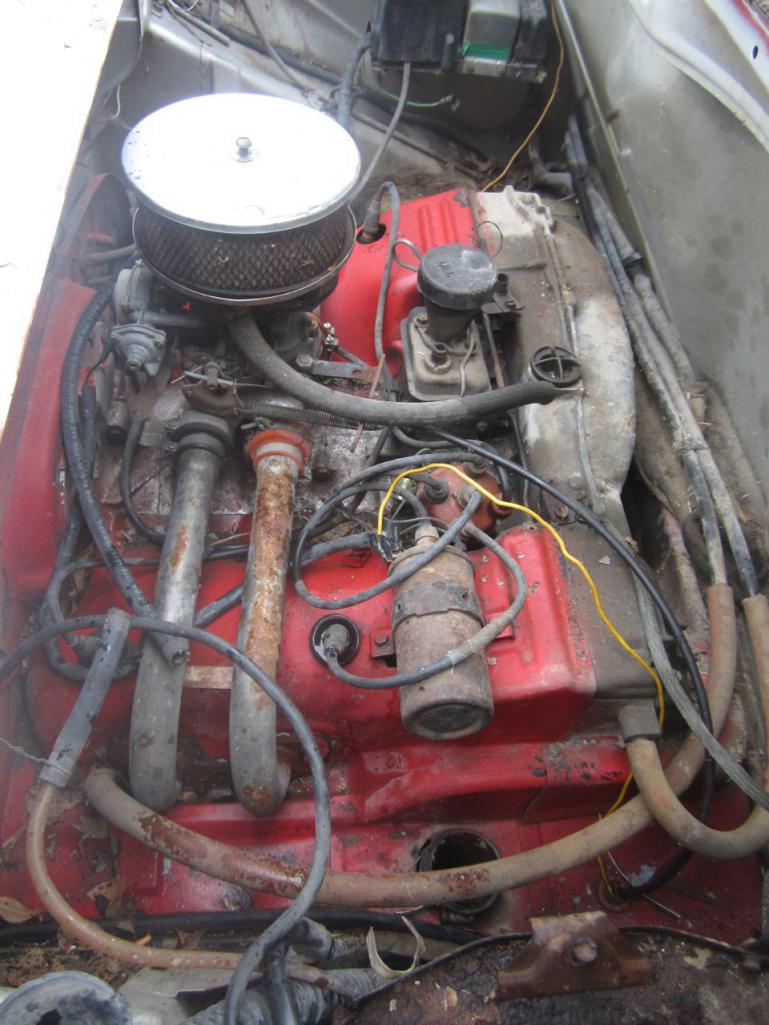 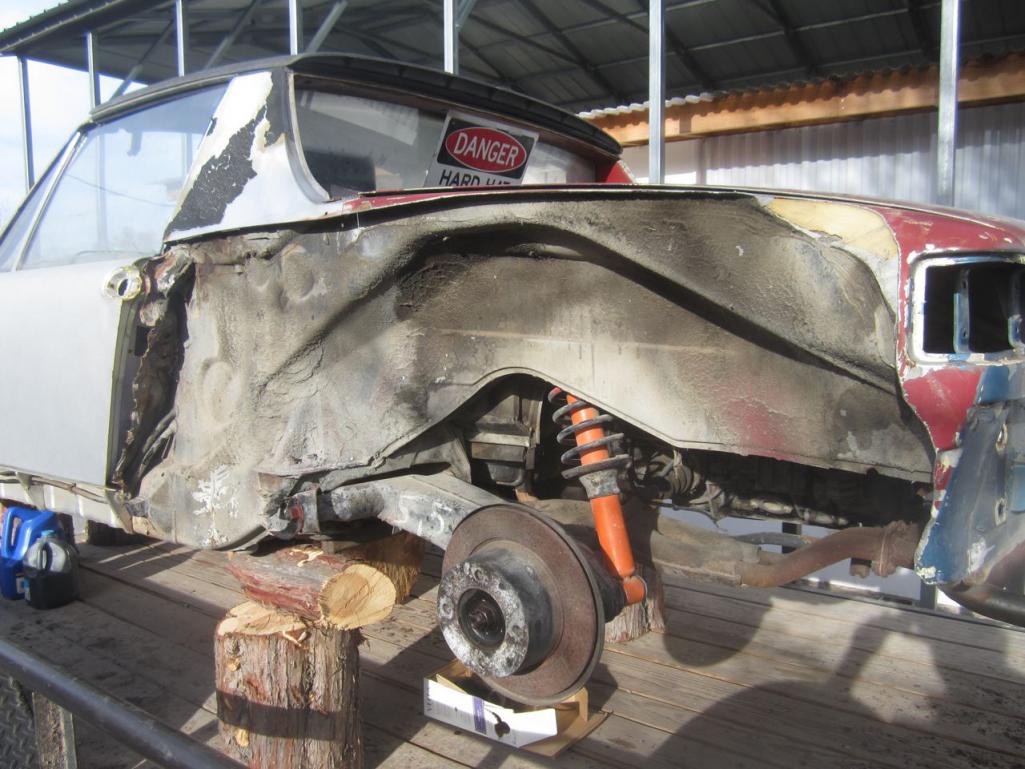 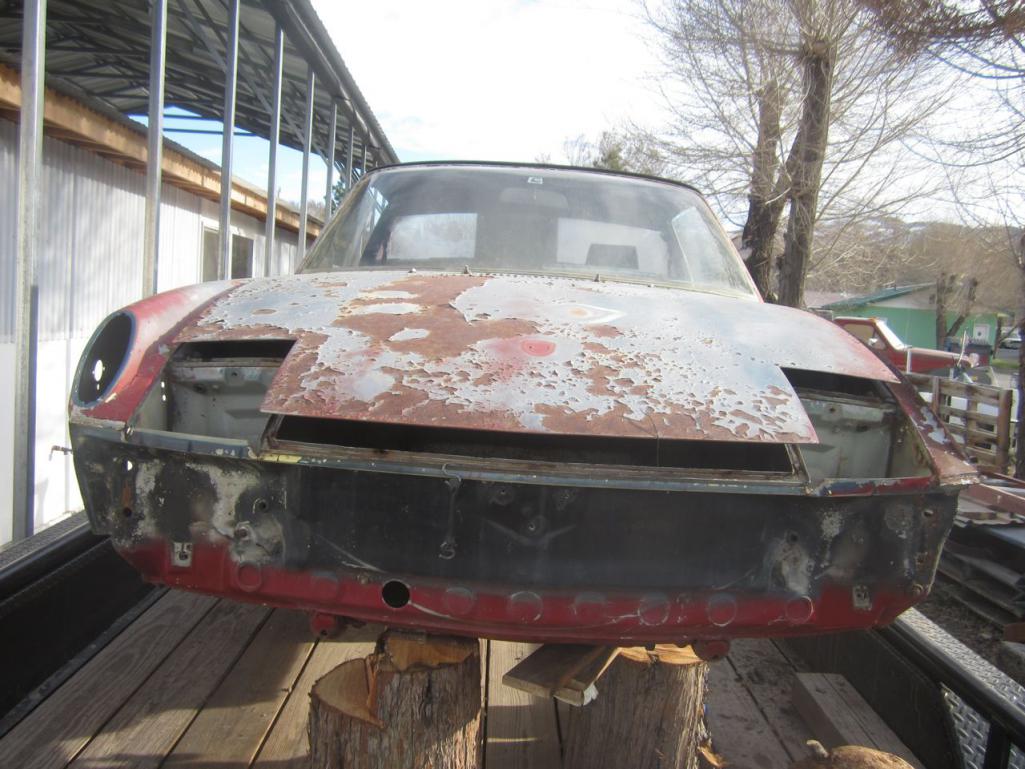 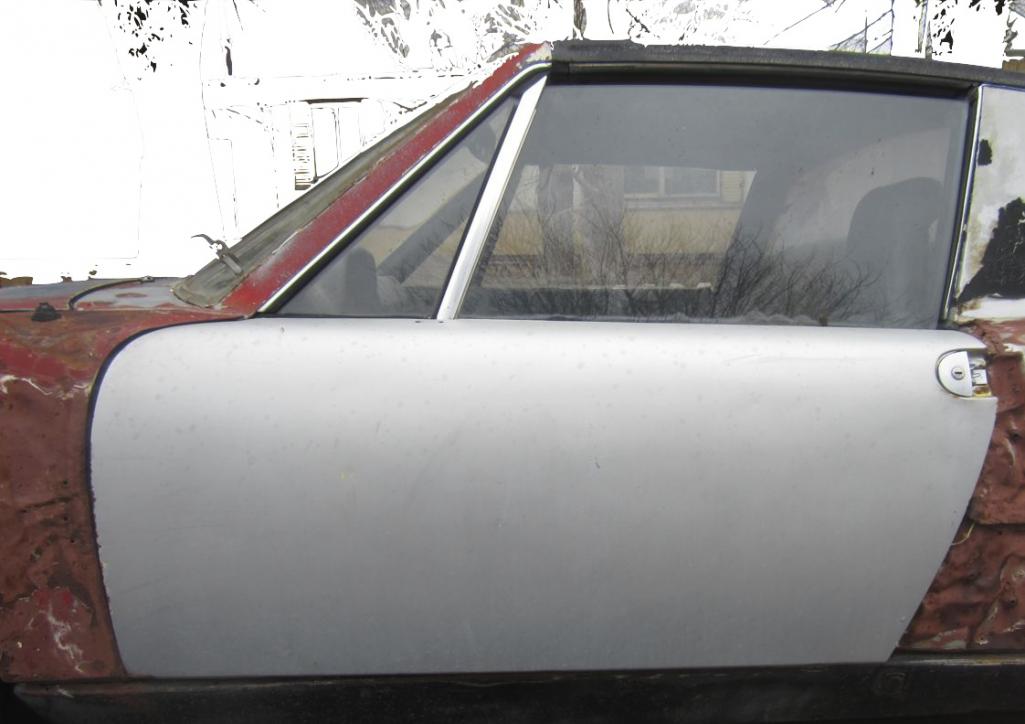 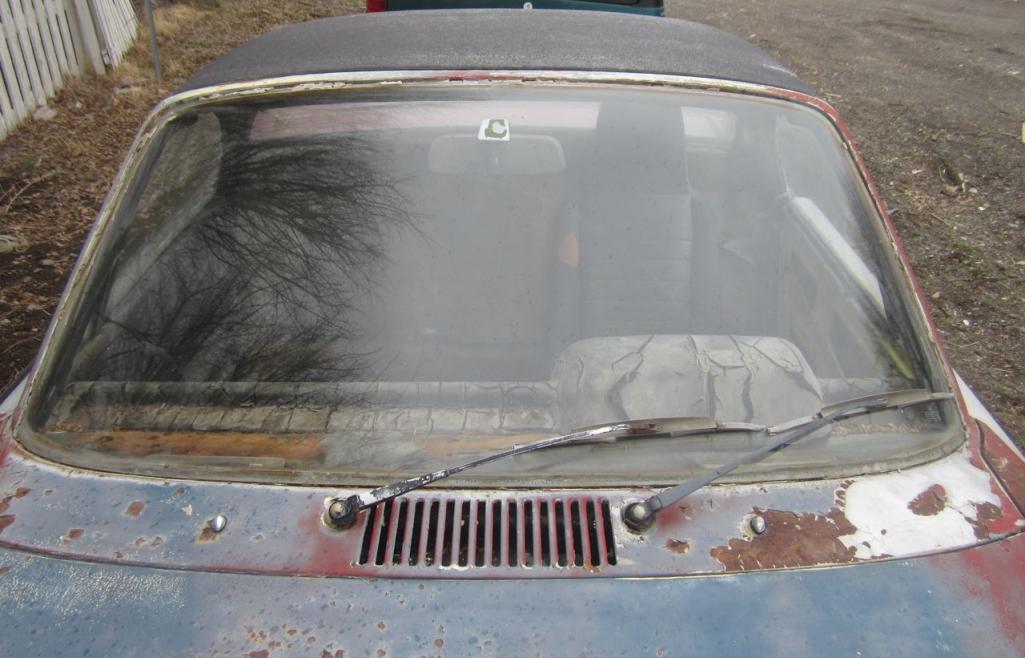 Some members asked for more photos of front end.
Thank you 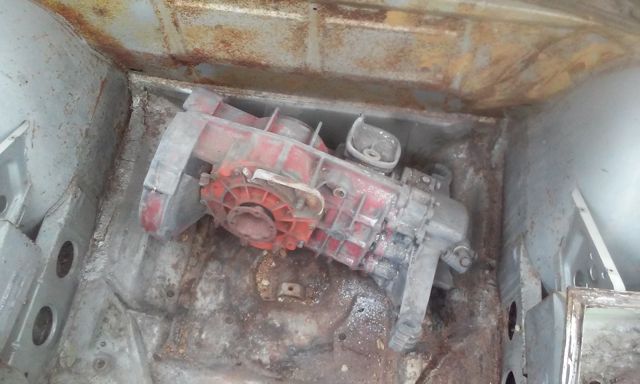 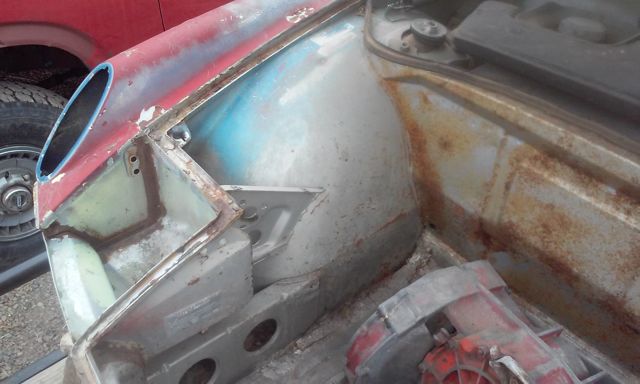 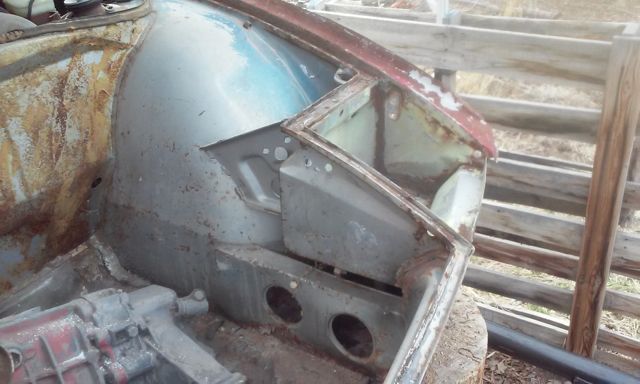 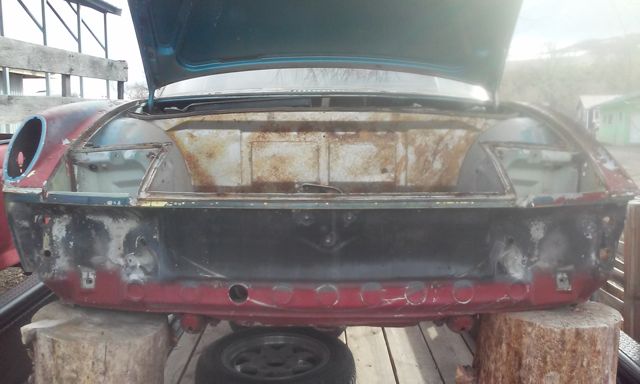 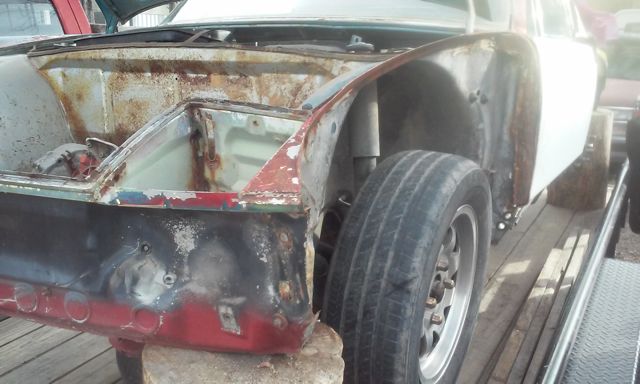 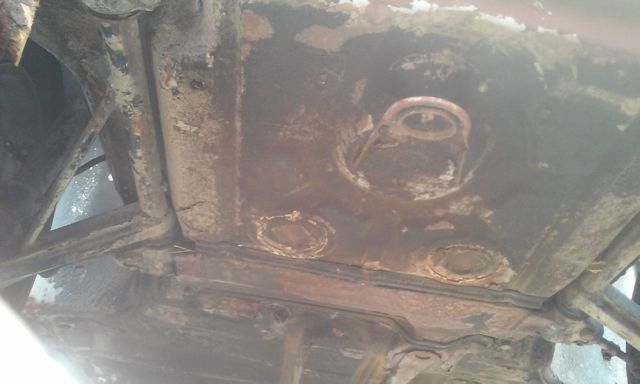 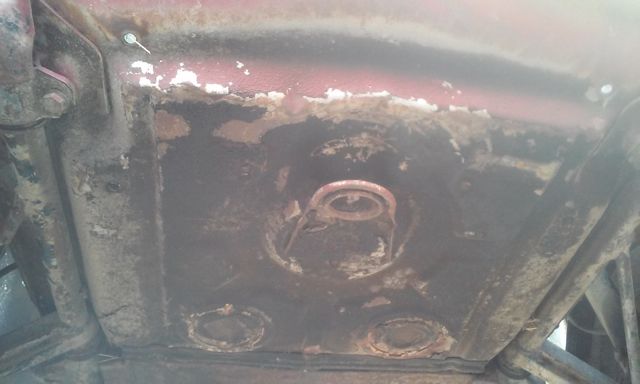 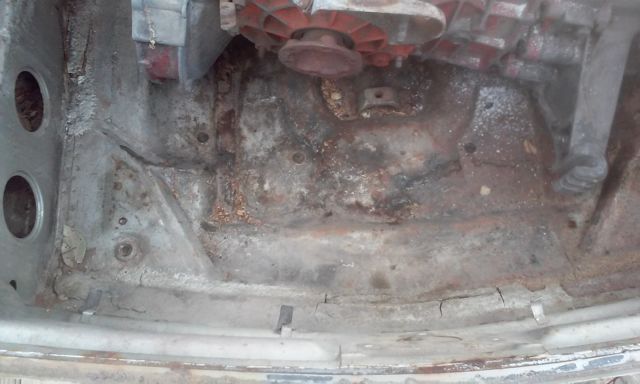 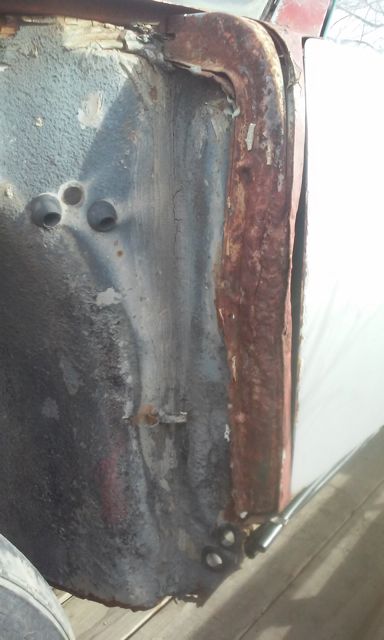 hi,
If you can ship to Europe, id be interested in the doors (only shells would also do).

Also in the front cross panel if you decide to cut it.

hi,
If you can ship to Europe, id be interested in the doors (only shells would also do).

Also in the front cross panel if you decide to cut it.

Regrets panos914, the car sold to molecvir.
Contact him, he might help you with doors, but he wanted the front panel.
in bocca del lupo,
Grazi
Pezz